Dance-Flavor is a partnership of two passionate and highly trained dancers, Ramphis Kumar and Jenny Levina. We work to bring the best in dance instruction, entertainment and competitive dance training to our students throughout South Florida and beyond.

Jenny's other accomplishments include dancing as part of the Belarus National Performing Arts Theater, TV appearances on Russian TV shows, and shows like Good Morning America; a music video for a Haitian artist; opening dance for a Don Omar show in NYC; and numerous other dance performances.

Jenny founded Dance-Flavor in 2010 in order to share her passion for social and competitive dancing. Since then, Dance-Flavor has provided ongoing private, group and online classes to students in New York, South Florida and all over the world.

In 2016, Jenny teamed up with Ramphis Kumar in order to continue improving her dancing, and share her love of dance with students and audiences.

Born in Panama City and growing up in Puerto Rico, Ramphis began dancing as a child. He studied and performed folklore from Panama and Puerto Rico, Salsa and Flamenco. He competed and performed at Salsa Congresses and International Competitions, placing 2nd in PR National Championships and World Champions at the San Juan Salsa Open in 2004.

Throughout his dance career, Ramphis has worked with the Reggaeton Latin Grammy winner Ivy Queen, appeared in the movie Havana Nights, and performed with Gran Combo de Puerto Rico and Roberto Rohena.

Ramphis loves and is passionate about swimming, Pilates, spirituality, consciousness, the beach, Florida, helping students to belief in themselves, and of course dancing. He is certified Fred Astaire?s Dance Instructor and Certified DRD of Puerto Rico Salsa Instructor. He speaks fluent Spanish, English and some Portuguese. He joined Dance- Flavor in 2016 to continue performing, competing and teaching locally and around the world.

Dance-Flavor offers dance lessons in Ballroom, Latin, Argentine Tango, Swing, Hustle, Salsa and more. With locations in Coconut Creek, Lighhouse Point, Boca Raton, West Palm Beach and more, Dance-Flavor is your source of top-notch dance instruction when and where it is convenient for you!

At Dance-Flavor every lesson is designed to suit each student's individual needs. Whether you are looking to learn a few steps to get you through a night out, or planning on becoming the next Dancing With The Stars sensation, dance-flavor will get you there - all while you are having a blast!

Use your dance lessons to stay active, learn a new and useful skill, meet new people and have fun, all while enjoying great music and a stress-free environment!

Ballroom dancing is a social activity! Dance-Flavor students enjoy group classes, workshops and an exciting array of dance activities throughout the area. Whether you are learning the exciting Latin dances, Smooth Ballroom, the passionate Tango, or even just getting ready for your first dance, there are always dance events all around South Florida, where you can practice your new skills and watch your dance lessons pay off! 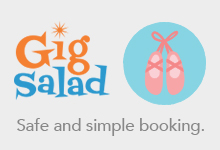